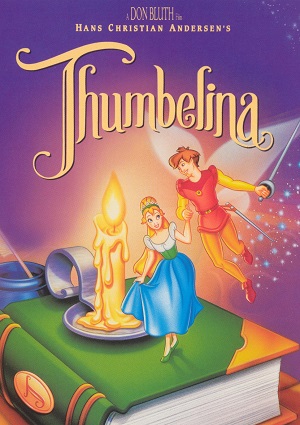 In a history of struggle and perseverance, the greatest of its representatives emerges: Thumbelina. Once upon a time there was a woman who wanted to have a child and for this she turned to a good witch who gave her a magic barley seed. The woman planted the seed and soon after blossomed. From one of those flowers the magic happened because when it opened it showed a little girl whom she called Thumbelina. The birth of Thumbelina was celebrated and the little girl was cared for by her parents due to her fragility and size, but it was not always like that. One night when Thumbelina was sleeping, she was kidnapped by a toad who wanted the little girl to marry her son.

The scared little girl decides to fight against everything and after navigating the rivers with her captors, she manages to hold onto a butterfly and get away from the toads. Thumbelina tries to protect herself from all the dangers around her, but when winter comes, she is in a desperate situation. Finally she gets refuge thanks to an old field mouse who decides to give her abode in gratitude. The mouse suggests Thumbelina to marry her neighbor, a mole, but Thumbelina cannot conceive of the possibility of being married to such a repulsive creature, she knows that she would spend all her life underground and would never see the sun or the sky again.

The field mouse continues to try to convince Thumbelina to celebrate the marriage, saying that the mole is a good match for her. At the last minute, Thumbelina escapes the situation by fleeing to a distant land, still very sad for everything that had happened, her life is about to change: in a sunny field of flowers, Thumbelina meets a little prince, he was a prince of fairies, as little as she and immediately they both fall in love. At that moment she receives a pair of wings to accompany her husband on his travels from flower to flower, and she also receives a new name, Maia.