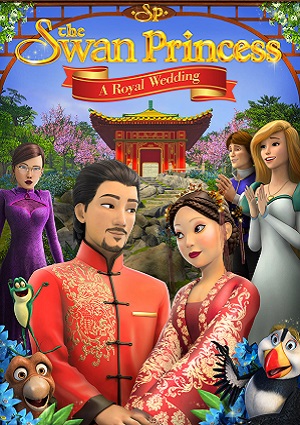 The moment the eyes meet the right person, they are united forever and that is what has happened between Chen and Mei Li who in love have decided to marry. The celebration is synonymous with excitement for everyone including Derek, Odette, Alise and Lucas, who have been invited to the Royal Wedding. The high seas and adventure await Princess Swan as she sails the ocean for a royal visit to the distant Kingdom of Chen and Mei Li. The plans are made: the wedding couple will marry and live in the palace. Nothing can go wrong, they will be happy forever.

However, things get complicated and true love is again threatened by an evil sorceress with a terrible plan: to separate Chen and Mei Li forever. Steal the love that exists between them. The name of this sorceress is Fang and jealous for the love she sees between the couple, she decides to put a spell on Mei Li making her an unrecognizable old woman. Unable to avoid it, the girl warns him that she will never feel the love that she lives. Fang seems to care nothing for what they have told her and continues with her plans.

Derek and Odette realize what has happened and know that Chen and Mei Li will not marry unless they get help, adventure friends who always end up doing dangerous things make an appearance. Join Derek and all his friends as they race to save the marriage from the royal court. Fang’s plans are well advanced and he has managed to obtain the appearance of Mei Li. Will she end up marrying the prince? Will Mei Li be able to regain her original appearance? But most of all, will Odette and Derek be able to help them after the spell they also have? Discover this story with us.