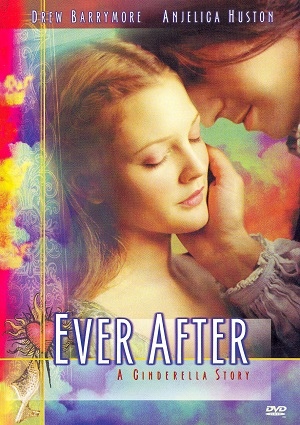 In the 19th century, the Great Lady Marie Thérèse called the Grimm brothers to their palace, where they discussed the interpretation of the story of ‘’ Cinderella ’’ and observed a portrait in the room. Marie then shows a crystal shoe and tells them the story of Danielle de Barbarac, the true story of Cen ’Cinderella’ ’. Here begins our story, in 16th century France, Auguste de Barbarac, father of a young Danielle, marries Rodmilla de Ghent, a wealthy baroness with two daughters, but dies of a heart attack soon after. This causes the Baroness to be envious of Auguste’s affection for her daughter Danielle, and treats her miserably.

One day while picking apples, Danielle sees a man steal her father’s horse and unseats it with one of the apples. Recognizing that she is Prince Henry, she is ashamed of her actions. Henry’s flight from his responsibilities in court is thwarted when he encounters a group of gypsies robbing a man. The man is Leonardo da Vinci, who has been called to court, and returns with him. King Francis and Queen Marie of France tell Henry that he must choose a woman before the masquerade party, or he will have to marry the Spanish princess Gabriella.

All the families of the nobility receive an invitation, and at first Danielle believes that she is also included. Moments after Danielle arrives at the dance, the Baroness discovers the truth of her identity in front of Henry and the entire court. Angry and shocked at his lie, Henry refuses to listen to any explanation from him. When she runs out of the castle, Danielle falls and loses one of her shoes, which Leonardo will later find. Do not miss this story that has a lot to tell us about one of the most endearing Disney princesses.