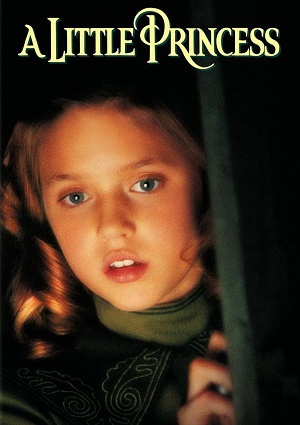 Located in Simla, India; Sara and her father, Captain Crewe, are happy living in that country that they consider magical. But even if they wanted to live there forever, when England enters the war, Sara’s father will be forced to travel, but not before moving his little princess to New York City, United States, to stay in and study at the school where his wife studied as a child. Sara is a girl with a highly developed imagination, thanks in part to her father who does not miss an opportunity to escape with his daughter to a fantasy world where everything is joy and dreams. This sweet reality becomes most bitter when the father has to leave the army to fight the war.

Once you are inside that boarding school, you will not win the sympathy of all the governesses, especially Miss Minchin who sees in her a spoiled girl with too many whims and consents. Not even the imagination will help Sara cope better with her new life. The only thing that keeps her hopeful is the prompt visit from her father and the moment when he tells her that he has returned to stay and that they can live together again. However, the father never arrives.

The girl befriends a girl of a very different color from her and the days go by. In one of those days, the girl finds out that her father has been left for dead in the battle and since she cannot pay the boarding school, the girl has to earn her stay through hard work. Based on the beautiful Classic of The Secret Garden, La Princesita contains the magic of tales that awakens the imagination and inspires dreams. Don’t miss out on this “movie gem” aimed at anyone who wants or dreams of something.