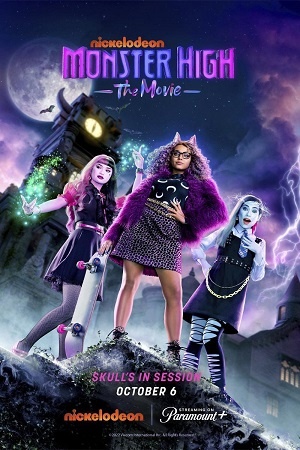 Clawdeen Wolf, who was born half human and half werewolf, after arriving at her new school, Monster High. She quickly befriends her classmates Frankie Stein and Draculaura, and for the first time in her life, Clawdeen feels like she’s finally found a place where she fits.

When a devious plan to destroy Monster High threatens to reveal her true identity, Clawdeen must find a way to keep her secret from being revealed while keeping the situation aloof.

Monster High: The Movie is a live-action musical based on Mattel’s Monster High franchise. The film is produced by Mattel Television, a division of the toy company behind the series, Brightlight Pictures and Nickelodeon Productions.