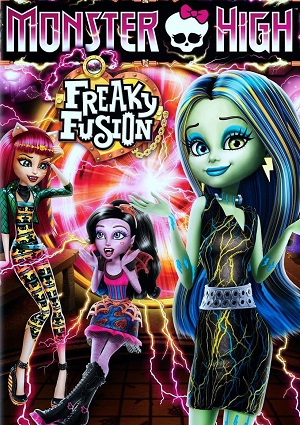 The Monster Highs are waiting for you, in this adventure it all starts with the Monster High Bicentennial, which was a very important celebration, where each student had to present their family project. Robecca presented his project, alluding to one of his father’s inventions that he had never met, because in the creation of one of his projects, it disappeared. It was about the time machine. For her part, when Frankie’s turn comes, she feels very sad because she has nothing to say regarding her family, specifically her grandfather Victor, because every time she asked her parents, they would get upset and cleo simply thinks that if the task were a contest she would win because her dynasty has more pharaohs and queen than the other families.

It is here where the plot of this story begins, Robecca and Frankie decide to go with their friends to look for Rebecca’s pope’s diary, hoping that there they would find answers to the whereabouts of Robbeca’s pope and the life of Frankie’s grandfather. They go to the catacombs until they find the newspaper and, therefore, with the data of Frankie’s family, where the grandfather was classified as a very bright and promising student, however, he had a dangerous internal personality that ignored the mysteries of life in search of his scientific ambitions.

In this journey, Toralai, very curious, activates a machine that transports them to 1814, the year when the Monster High school began. However, when trying to return, they get lost in space-time, thus merging some of the Clawdeen girls with Venus, Cleo with Toralei, Lagoona with Jinafire and Robecca with Draculaura. The girls will have to solve this difficulty, receiving help from the new hybrid monsters that entered the school, Neighthan Rot, Avea Trotter, Bonita Fémur and Sirena Von Boo, thus they learned to use their powers to rescue Frankie from a situation that could end with her life. Don’t miss this adventure, because the Monster Highs are waiting for you!