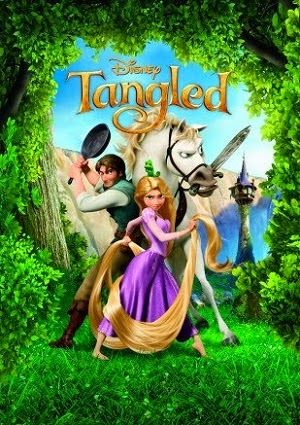 This is the story of Rapunzel, a beautiful princess at birth, was endowed with a beautiful long golden hair with a special power; power that could not be overlooked one of the greatest villains of her kingdom: the evil and cruel Gotel. Gotel’s plan was to kidnap the baby and then steal the powers of her beautiful hair.

That was how the woman stole the baby; her away from her parents and took her to a tower. In the tower, Rapunzel lived locked; she could not get outside a moment. Gotel treated her as a slave and never allowed to know the outside. Rapunzel had only a chameleon who was her friend. Rapunzel’s life changed the day he meets a young boy: a thief known as Flynn Rider, who inadvertently discovers the tower during the persecution you have with guards.

Rapunzel begins to realize that she is the kingdom’s long-lost princess and confronts Gothel. Flynn will help the princess escape from prison when Rapunzel learns that Gotel is not her mother and decides to go in search of her truly parents. She accepts the help of a handsome prowler to take her out into the world which she has never seen. What will happen in the story? Do not miss this unforgettable film.