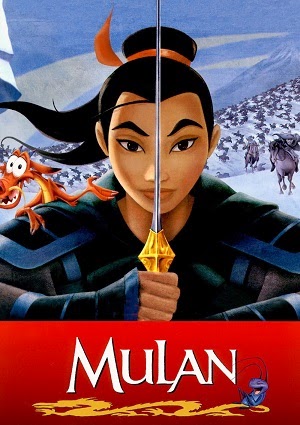 This is the story of Mulan; a young woman who has weird interests, very different from other girls her age; she does not look or behave modestly delicacy, she likes freedom and serves her people. She deeply loves his family with honor and respect; however, Mulan wishes to enter the ranks of the Chinese empire, when is given a conscription notice.

The only way she has to join the army is posing as a man; when recruitment begins, the soldiers believe she is a man and must go through hard training. Under command of Li Shang, she and her new friends at the camp, become skilled warriors. But her secret will be discovered and with it the rejection and betrayal. Instead of executing Mulan, Li Shang decides to spare her life, but expels her from the army.

However, Mulan receive a surprise from the Chinese emperor who is grateful for everything she has done. Mulan is acclaimed by the Emperor and the people of China, who all bow to her as an exceptional honor. The gift will also reach his father, who is proud to have a daughter like Mulan. Don’t miss this beautiful film and you live the adventure of Mulan.