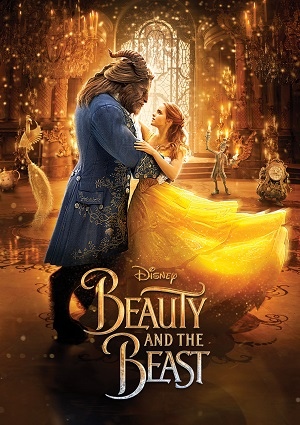 A French Prince is presented to his people at a party in his castle, when an old beggar woman appears seeking refuge from the cold. She offers only one rose as payment, however she is rejected by the prince for her tattered appearance. When the Prince ignores his warning not to get carried away by appearances and rejects her again, the old woman reveals herself as an evil witch and transforms the Prince into a monstrous Beast and her servants into various household objects (candlesticks, clocks, cupboards, teapots, dusters, footstools, etc.). All the memories of the Prince and the castle are erased from the memory of the guests. The sorceress proceeds to curse the rose and warns the Beast that she will remain in her bewitched state until she learns to love someone and earn her love.

To undo the enchantment, the prince would have to learn to love and be loved. For years he will be cursed until Bella appears in his castle in search of his father. In the days she remains in the castle, her relation with the Beast is very bad, nevertheless will give way to a beautiful love story that you shouldn’t miss. In this live action, Disney revives and updates one of the most remembered films: Beauty and the Beast, and turns it into a colorful film in which we can see the mythical characters of the original story, played this time by meat actors and bone like Emma Watson, Dan Stevens or Luke Evans.

The technology is presented with some elements of animation, where renowned actors such as Emma Thompson, Ian McKellen and Ewan McGregor lend their voices to give them life. At the helm of the film we find Bill Condon, an experienced director who recovers the unforgettable songs of the 1991 version, which come back to life completely.