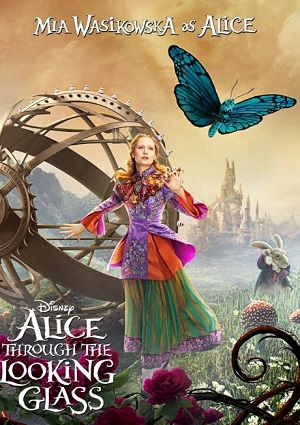 Alice Through the Looking Glass (2016)

After returning from her last trip offshore, Alice attends the reception party of an English lord, where she will meet a butterfly that will help her cross a mirror to come to the aid of the beings of the Kingdom of Wonders. There, the White Queen will encourage you to find Time and prevent that magical world from becoming sterile. In that adventure, Alice must also help the Mad Hatter who is worse from her illness and madness. However, so much temporary leap could affect Alice’s life in an unexpected way. Do you want to discover what happens to our heroine of this new live action version of the classic Disney story?

Filmmaker James Bobin takes over from Tim Burton to bring Alice through the looking glass to our screens. We know that this film is based on Tim Burton’s book: Alice through the Looking Glass, which was modified by screenwriter Linda Woolverton; these creators have decided to give it a more current touch, for which they have taken into account the advice of Burton, who remains as a producer. In this story, which is located a few years after Alice’s adventure in Wonderland, the girl will have to face Time, a terrible enemy.

Mia Wasikowska puts on Victorian clothes again to bring Alice to life in her wild adventures in the fascinating wonderland. There Johnny Depp, awaits you, repeating once again as the emblematic Mad Hat. Although Bobin completes the cast of Alice through the mirror with the same actors who were in the previous production, such as Helena Bonham Carter, Anne Hathaway, she also introduces new faces like Sacha Baron Cohen who becomes the antagonist Time, Rhys Ifans or Toby Jones, among others. Are you ready for this new adventure? We are sure that this new version of Alice in Wonderland will leave us equally fascinated as the first version.