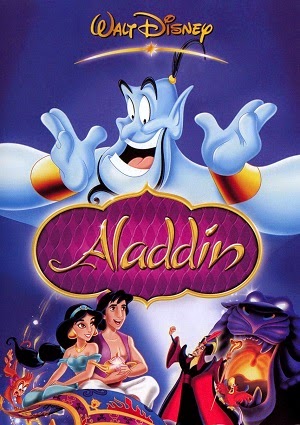 Jasmine was an independent princess who had clear goals in life: she wanted to marry for love with a man she chose; she did not want to impose a marriage. Jasmine was an oldest daughter of the wealthy Sultan of Agrabah and her duties as princess prevented her from achieving that dream; then she runs away from home the palace life for a more simple life. She needed freedom.

When Jasmine flees the castle, she experienced a different world, with hunger and poverty. She did not know how to behave in society around her; that brought many problems for her, but Aladdin appears to save her and they both realize that they want to be free of the life that they have the same dreams.

However the royal guards led by Jafar, they arrested Aladdin; Jasmine confronts Jafar but nothing can be done. A spell has been sent to eliminate the happiness of Jasmin and Aladdin, but they find a magic lamp inside which lived a genius who can help them achieve their love. The happiness of Jasmin and Aladdin will come true only if they avoid Jafar plans. Only the strength of the love and support of the genius of the lamp may help.