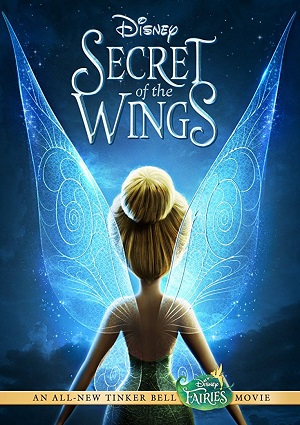 In the land of fairies there are still many secrets to discover and Tinker Bell takes us on a new adventure in this great movie. The winter forest is a mysterious land separated by a bridge from the land of fairies, yet none of the fairies knows that it is on the other side. Tinker Bell, preparing for a new journey, she embarks on an adventure where she discovers the winter fairies and meets a fairy who is her equal, Periwinkle. Unfortunately, her action breaks the balance, which exists in her world, condemning them all.

In Secret of the Wings we meet with the inseparable friend of Peter Pan, the fairy Tinkerbell, who along with her friends: Rossetta, Iridesa, Silvermist, Fawn and Vidia, embark on an adventure to the mysterious Winter Forest, where they are previously prohibited getting closer. But curiosity is very strong so Tink fills up with courage and decides to break the law. In that world she will discover her namesake of the winter fairies: her name is Periwinkle. Queen Clarion tries to make Tinker Bell understand why the rule of not crossing the border exists, also Lord Milori tries to do the same with Periwinkle.

They tell the story of two fairies who were completely in love, but belonged to very different worlds. One of the fairies crossed the border and broke a wing; a wound that has no cure. Just as Queen Clarion finishes her version of the story it begins to snow causing a commotion among the warm fairies. At that time and after disobeying, the balance in her home has been broken, bringing winter to the land of fairies. A serious accident is approaching, the situation could be catastrophic. Can the fairies emerge victorious from this fact? Is it possible for a great friendship to emerge between warm and winter fairies?