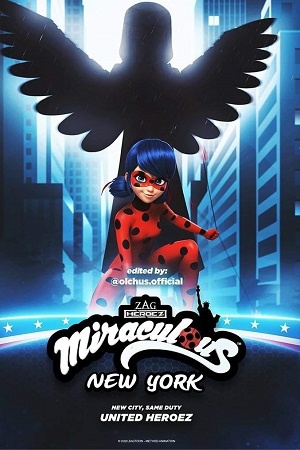 In September 2020 on Disney Channel screens. The story takes the lovely Marinette to the great city of New York; there is no better place for a heroine than the city of superheroes! This trip is made on the occasion of the week of relations between France and the United States and for this reason its course makes this trip. Among the new characters that this special offers, Jessica and Aeon should be mentioned, who are part of the adventure, bringing the action to New York is one of the best bets for French hero action.

The villain of this episode is Mike Rochip also known as Techno-Pirate, after being akumatized his function is focused on taking revenge against the United Heroez, and in this way, he becomes a supervillain under the name of Techlonizer. This villain is a thief who is in charge of cloning all kinds of technology for his revenge plan for being defeated once, powers that are given by Hawk Moth to obtain the power of the Eagle Miraculous, this may be one of the most powerful enemies that Ladybug and Cat Noir have faced.

In this adventure, the French heroes must help the American heroes in the face of this great threat. However, once Hawk Moth discovers that Ladybug and Cat Noir are in New York, he must reakumatize Techlonizer while placing the Eagle Miraculous on him, to become a Miraclonizer, with this new power he manages to make the American heroes do evil, but all this ends when Ladybug snatches the Miraculous from him and the rest of the team do well again and manage to capture the akuma. In this way, Mike is arrested and peace reigns again in the city of New York, all this history takes place between seasons 3 and 4.