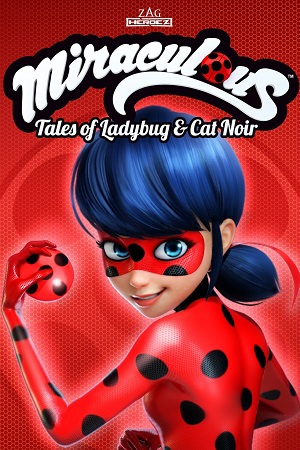 Miraculous: Tales of Ladybug & Cat Noir Season 1 was shared around the world in late 2015 and throughout 2016. The story of two teenage superheroes who takes the great Paris from a great threat begins with just a couple of high-school students. In this way, Marinette and Adrien are known to follow them on their adventures through 26 episodes, under the names of Ladybug and Cat Noir. To become superheroes, they need superpowers, which is why they obtain them through the Miraculous, some jewel that has been given to them for being chosen by their guardian. Inside these objects live magical creatures, called Kwamis that give them special powers related to a specific animal, for Marinette a ladybug, and Adrien a cat.

As expected, the powers have been assigned to them to fight a battle against an implacable enemy, in this case, Hawk Moth, the supervillain who wants to steal their Miraculouses. But, in this case, it is Hawk Moth, the villain who wants to steal their Miraculous. But, he has in his possession a valuable Miraculous, with this one he can create more supervillains, taking advantage of normal people who are going through difficult times; he uses negative feelings such as sadness, rage, and anger.

When they’re not fighting to keep order in the city, both teens lead normal teenage lives, keeping their identities secret while living their ordinary high school lives. In this way, it can be seen that Marinette secretly loves Adrien, but he doesn’t seem to realize it. On the other hand, when they meet as superheroes, neither knows the true identity of the other and in this case, Cat Noir always shows his love for Ladybug, while she only focuses on doing her job well as a heroine. In this way, the first season of Miraculous: Tales of Ladybug & Cat Noir, leaves us with a wonderfully animated story full of action, fun, and youthful romance, always accompanied by a positive message in each episode.