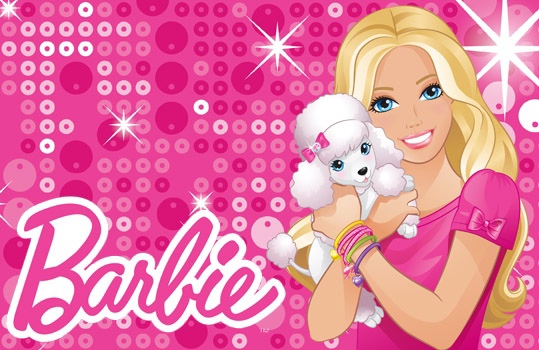 The History of Barbie

Is a bit old, it has more than 50 years since the first time it saw the light on march 9 1959, when the Mattel toy company put it on sale.

But the its origin goes back many years, when a woman named Ruth Handler noticed that her daughter liked to play with dolls that looked like adults  more than those that had the appearance of kids.

Ruth Handler suggested to her husband, -one of the founders of Mattel-, that they could manufacture dolls in that style and after some time Barbie made ​​its appearance. By the way, Barbie was named in honor of Ruth´s daughter.

Curiously, the Ruth´s daughter groom name was Ken, so as you can tell, both characters are inspired by real people completely.

How Was Barbie In Its First Stage

Barbie has always been a fashionable girl, and since its inception its hair and clothes have made her unique. The first Barbie wore a bathing suit with zebra skin pattern, blond hair with a typical 60’s hairstyle.

It has always been a fashion icon; even many famous designers have designed special clothes for her. Her accessories range from necklaces, bags, shoes to sport outfits, and also as the years have passed, Barbie has her own house, car, castle, etc., truly countless accessories.

Over the time, Barbie has changed in its physical appearance; time ago its eyes looked to the side and now they always look ahead, it was always blonde and now we can find different models, with brown hair, with Asian features, Latina style, etc..

Barbie body measures have also been modified; but  it has always been slender, now has a little more volume at the waist, with a much more dynamic and young image, Barbie is much more normal and cool compared to the first girl we met.

Similarly, our friend has taken several professions over the years from a fashion designer, chef, doctor, mermaid, veterinary, princess to astronaut! And it always comes with a kit that allows you to do its job properly.

What you did not know is that some of these Barbies sales have contributed to several causes; the funds raised have been earmarked for the fight against leukemia, breast cancer and many others. Even, there have been Barbie auctions reaching half a million dollars and the profits were donated to institutions in favor of health.

In 2009, Barbie turned 50 years old and as part of the celebrations there were fashion shows, special edition dolls that included the very first doll, the 1959 model.

Currently Barbie remains a top doll for all the girls in a world that can also live their stories through film. Barbie has more than 30 films and television series, has a huge fan club, magazines, clothes for girls and many friends who accompany her on her adventures, of course, not to mention its sisters: Chelsea, Stacie, Skipper and of course its aunt Millicent and her boyfriend Ken.