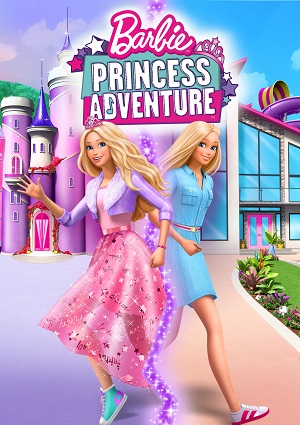 This 2020, we already have a new movie! Barbie Princess Adventure is the new Barbie musical on Netflix! On this occasion, Barbie has a mission to help a new friend she meets in the country of Floravia: Princess Amelia. She doesn’t know it but she will find in Barbie and her friends the best allies to solve some problems that arise before her coronation: one of them is that Amelia needs to find her own voice. Princess Amelia bears a great physical resemblance to Barbie, so they decide change identities of each. Everything seems to indicate that the girls’ plans are going well and are just as they imagined.

However, a rival prince realizes the fact and is determined to reveal the truth to the entire kingdom. Barbie and her friends have the mission to stop the evil prince, but also to rescue the princess so that she is the one who is crowned. You will be seeing in this adventure a celebration full of music, new songs and new characters that give life to this adventure. Barbie Princess Adventure is an original story intended as a feature film and not as a Dreamhouse Adventures special.

If you are passionate about long princess dresses, you may miss them in this movie, because it is a modern adventure where jeans and T-shirts abound, a notable difference when we talk about other Barbie princess movies. In Barbie Princess Adventure we will see a Barbie twin who has a less complicated story. On this occasion, Amelia’s own fears will be the main villain and the greatest obstacle to overcome in order to arrive flawlessly at her coronation. It is possible that this musical adventure will give us songs with specific lyrics from the story, where we see them integrated into each of the dialogues. Are you willing to see this new princess story?